hey! look who has internet again!! 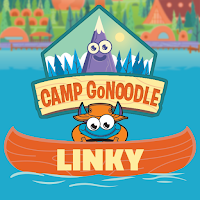 So it's been FAR TOO LONG since I've updated this here blog.  Long story short, I didn't have internet at my old place, but I just bought a condo and once again have joined the land of the wireless!  What's that saying, "home is where the wi-fi connects automatically?" ha! but for real...

So this past year was pretty awesome!  I ended the summer with a road trip to GoNoOdle headquarters (awesome visit!)!  My class and I made our television debut on the local CBS Friday afternoon news for a segment called "local teacher uses dance to keep kids fit and focused," featuring our use of GoNoOdle!  We won multiple pizza parties for our attendance at spirit nights, and we won two ice cream parties for collecting the most box tops!  Oh, and the whole class won free tickets to a Braves game over spring break for having the best handmade shirts when the Braves Caravan came to our school!  #winning!  haha!

So yeah, GoNoOdle is my jam!  They've got Camp GoNoOdle this summer with weekly adventures, camp songs, badges, and campers of the week!  Check out Mrs. Ehle's awesome post for all of the details!  Don't forget to sign up for a GoNoOdle account here!

I'm joining up with Mrs. Ehle's linky and sharing my faves! 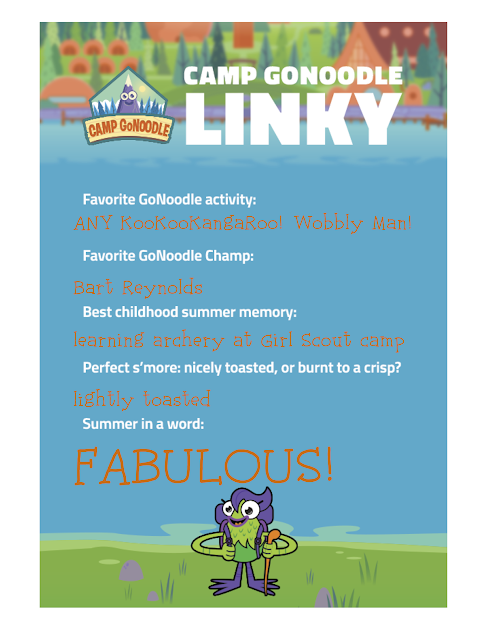 An InLinkz Link-up
Posted by Miss Dennis at 3:45 PM 5 comments:

To kick off our year of Word Study, we read "There's an Ant in Anthony" by Bernard Most, and the kiddos found another word that has an "ant" and illustrate their sentence.  I know I have a Southern accent at times, but so do some of my students.  Based on the following picture, I think I need to work on checking my accent at the door, or at least focus on my articulation!!

Happy hump day!
Posted by Miss Dennis at 1:10 AM No comments:


Back in the summer I contacted Troy about reviewing one of those pencil sharpeners that I kept hearing about all over the bloggy place.  He was kind enough to send one (twice!  I forgot to include my condo's #, whoops!) to the author of this little blog, and I couldn't wait for school to start so that I could put it to use.  OHMYWORD y'all, this is the best sharpener!  Here's why:

1. it's super easy to use
2, it's super quiet (not if you're the one sharpening, but if it's on the other side of the room, or even a few feet away, you can't hear it)
3. it sharpens your pencils to a super pointy point
4. it's shavings box is deceptively able to hold a lot of shavings, which means you're not stopping to empty it all the time
5. the kiddos scramble to be the first one to ask if they can sharpen the pencils each day
and....
6. it's so fabulous that I haven't even used my heavy duty, super expensive, fancy-schmancy electric pencil sharpener AT ALL this year!

I've uploaded two videos below of my munchkins using this gem of a product!  Make sure you contact Troy over at Classroom Friendly Supplies to get your own sharpener, because you can't have mine!

Labor Day weekend in the ATL means that three events converge on this fair city.  There's the college football game at the Georgia Dome, Dragon*Con at the downtown hotels, and the Decatur Book Festival on the square in Decatur.  Dragon*Con is a sci-fi, anime, pop culture convention of epic proportions.  Dressing up and people-watching is so much fun!  I didn't go this year, a) because I went to another event, and b) because I couldn't think of anything to dress up as (I've donned a where's waldo? outfit and a hand-made, not by me, Rainbow Brite costume in past years).  I think my friends who went had a great time, though.  I attended the Decatur Book Fest for the first time this year, and I think it was a fabulous choice!  I woke up early on Saturday and found a spot to park near the square.  I walked around for a few minutes before I heard the snare drum announcing the start of the children's parade, led by Kevin Henkes and Lily!

I had a little while before the next author I wanted to see, so I walked around, met up with a college buddy, had a coffee, then we saw Olivia!
Sorry for the poor quality, my iPhone couldn't compensate for the shade, but I was thankful that they set up the Children's Stage in a shady spot (and I know the kiddos and their parents were).  I was super excited to see/meet Peter Brown!

The next author I saw was super pumped up!  He read from his Lunch Lady series, and broke out the oldie but goodie, "Punk Farm" and led the crowd in a punk version of Old MacDonald!  Love Jarrett Krosoczka!  I told him that my kiddos and I are awaiting an update on Josh (from Baghead), and can you believe that Josh is ten years old this week? 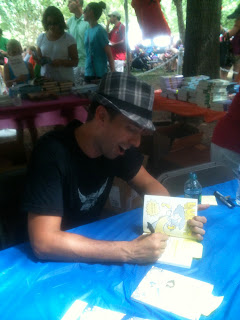 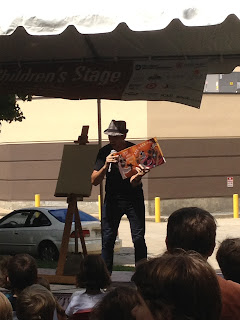 It was a very hot day, but it was so much fun to see parents, teachers, media specialists, and especially kids celebrating their love of books in grand fashion!  I can't wait for next year's festival!!
Posted by Miss Dennis at 12:49 AM 2 comments:

I only need 10 more schools!!!!!
PLEASE email me if you're interested in participating in the postcard exchange!  Seriously, please!  I've resorted to finding schools in these states and hunting down an email address for a teacher, and hoping that a creepy stalker-ish plea will convince them to sign up!!!  Please don't make me be creepy!!!

And y'all, we've got a representative from Puerrrrrrto Riiiico, whoop whoop!!!!

send your name, email address, school name and address to lauren.e.dennis@gmail.com and I'll get you signed up!  Don't forget to spread the word about this postcard exchange, we're almost there!!!! 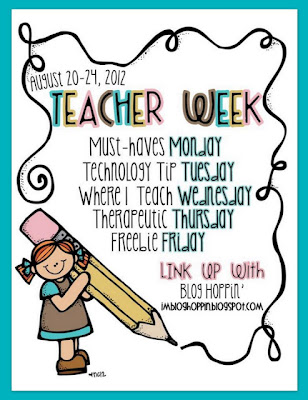 I have three technology tips for you today...

LiveBinders.com (This was highlighted in a Staff Development this afternoon, and it looks a lot like pinterest, but instead of a picture, the actual website is linked in the binder... and you can make your own binder, or search ones that are already made... I searched for 2nd grade math and found my next technology tip along with a ton of other resources just waiting to be explored!)

Arcademicskillbuilders.com (these are arcade style games for math and language arts that are super fun - I played the penguin multiplication race game- your students can play a game against the computer, or create a game to play against their friends!!) 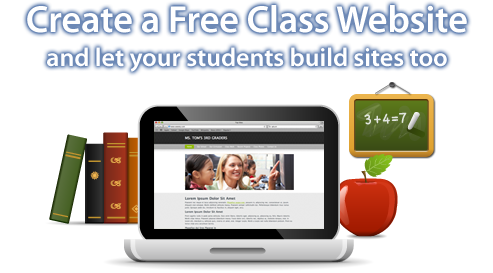 Weebly.com (this is a free website hosting site, so if you're in need of a website for your class and your school doesn't provide you with one, check this guy out!  It's super easy to add pages (my kiddos know that when we go to the computer lab, they type in my website, then click the "links Miss Dennis loves" page to access the sites that they can visit!  I only wish they had more educational and/or cutesy themes available...)

Go link up with Blog Hoppin' and share your technology tips!
Posted by Miss Dennis at 8:32 PM 1 comment:

Teacher Week! {Must Have Monday}

Oh.  Em.  Gee.  Today marks my third Monday with kiddos, and y'all, I am worn out!  I have neglected this poor little blog for far too long... well it ends now.  Teacher Week is back, baby!  So here are my must haves (some are repeats from last year, and some are new!)

well this is a no-brainer!  I don't think I'm alone when I say that Pinterest has changed my lesson planning for the better!  (I also love that I can access Pinterest at school, it's back after a short-lived ban due to a "social networking" label...)
Starbucks Trenta Iced Coffee with Hazlenut and Skim Milk... it makes for a happy morning!  (I love when I leave my house early enough to stop in, there's not a drive-thru Sbux on my way- sad face) My document camera!  I have this baby on all day!!
which goes hand in hand with...

my mimio!
(we had to check them in at the end of the year, and re-check them out this year... and the one I got has a busted stylus... no buzzing... no nothing... so sad.  have to wait for a replacement- so sad)

I adore school supplies, but my favorite find (originally at Michael's and now at Wal-Mart)...

Scentos!  My munchkins love how these smell, and I love how they're chunky, they fit nicely in my hand, and the broad tip makes a nice smiley!

and new to my classroom this year.... the one item that should be on every teacher's wish list (and one that I'll be doing a review on soon):

Link up with Blog Hoppin' and share your must haves! 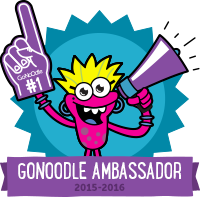 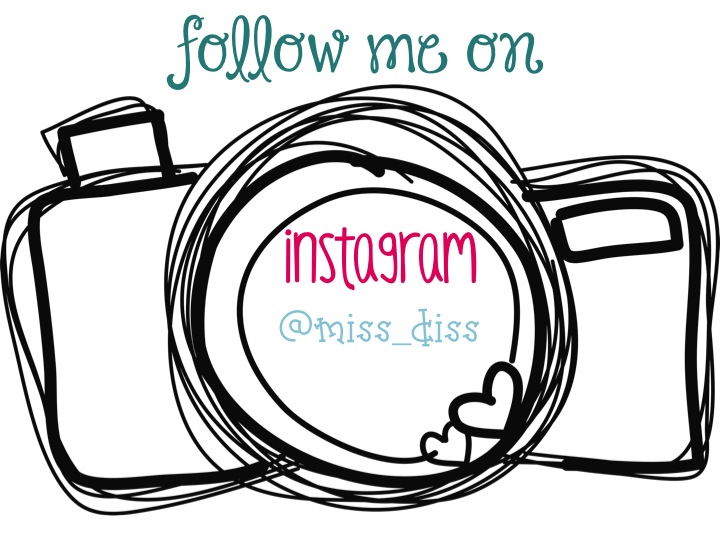 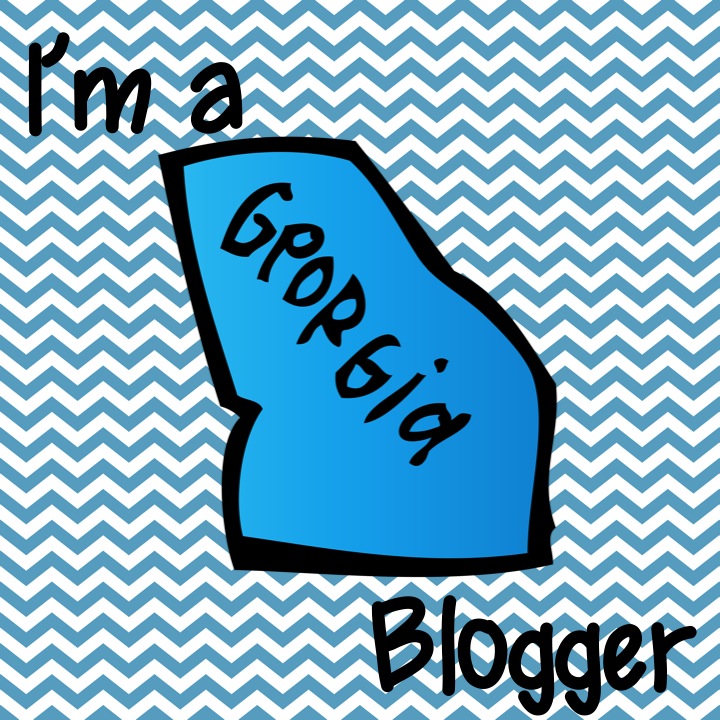